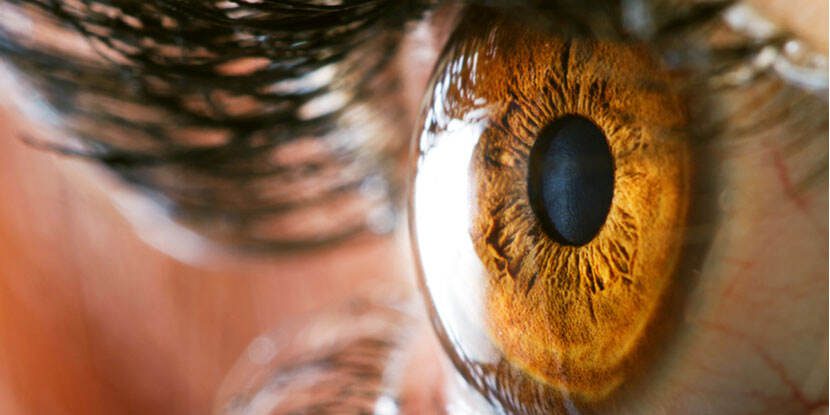 Welcome to another edition of CEDARS/ASPENS Debates. CEDARS/ASPENS is a society of cornea, cataract and refractive surgery specialists, here to discuss some of the latest hot topics in ophthalmology.

Deep anterior lamellar keratoplasty has seen a resurgence in the new millennium. The most common indication is keratoconus and corneal ectasia, in addition to stromal corneal dystrophies and corneal scars following infections or trauma. In essence, any corneal condition with normal endothelium and diseased stroma in the setting of poor best corrected vision with spectacles or contact lenses remains a good candidate for DALK.

In the mid-20th century, DALK became a popular technique to use over penetrating keratoplasty grafts given the higher rate of failure with PK without microsurgical instruments, fine sutures and lack of anti-rejection medications. The challenge remained vision reduction from interface scarring and haze given the absence of lasers and appropriate blades to make lamellar cuts, as well as a lack of instruments and techniques to remove all the stroma and leave bare Descemet’s membrane. DALK techniques were abandoned as PK took over with modern instrumentation, microscopes, technique standardization and anti-rejection medications. Procedures such as femtosecond laser-assisted DALK and Anwar’s big bubble DALK have afforded major advantages for DALK over PK. It also allows the use of tissue without excellent endothelium, a major advantage internationally or where eye banking systems are not as well developed as in the United States.

Adoption of DALK in the U.S. has been slower than international countries due to our well-developed eye banking system in which donor corneas with excellent endothelium remain abundant. Many corneal surgeons also find PK more efficient in the operating room compared with DALK, likely because of experience and training that favored PK. Having said that, the advantages of DALK over PK are the main reason I choose it as my primary procedure for unstable corneas with healthy endothelium.

Completely eliminating the risk for endothelial graft rejection and open sky suprachoroidal hemorrhages is the biggest advantage over PK. In addition, numerous publications have shown secondary potential advantages over PK, including less endothelial cell loss, quicker time to vision stability, quicker time to steroid discontinuation, and less risk for glaucoma, iris synechiae and cataract formation. The development of standardization with big bubble Descemet’s baring techniques, as well as abundant publications on outcomes and long-term complications, have made me prefer DALK over techniques such as Bowman’s layer transplantation, which currently lacks the volume of publications of DALK and long-term complication comparisons to DALK.

Given the abundance of cornea fellowship training programs, online surgical training videos and live courses in concert with the numerous advantages of DALK over PK, it baffles me as to why more surgeons do not use DALK over PK when appropriate. Weighing all the intraoperative and postoperative advantages of DALK in combination with the volume of peer-reviewed literature and the numerous opportunities to learn DALK, there is no reason to choose PK for diseased corneas that need surgery with healthy endothelium.

Bowman’s layer is regarded as one of the strongest parts of a native cornea and the layer of the cornea that has been identified as being pathological in some diseases in which the cornea is weak, for example, keratoconus. About 10 years ago, there was a brilliant Dutch ophthalmologist, Gerrit Melles, MD, PhD, who had the idea of performing a Bowman’s layer transplant to try to restore some of the mechanical strength of a keratoconic cornea. For years, he performed an operation called Bowman’s layer inlay. This is an operation in which a pocket is dissected within the keratoconic cornea. The Bowman’s layer graft is placed in the pocket, and the recipient cornea heals around that layer. This splints the recipient cornea and stabilizes and strengthens its shape. It also has the additional benefit of flattening the cornea.

Bowman’s layer onlay was designed for patients who could not have the inlay or patients with corneal weakness from prior RK. If a patient had prior RK, the cornea is weak, flexible, flimsy and protruding. Melles figured out that placing the Bowman’s layer graft on top of the recipient cornea restores the mechanical strengths of the cornea, making it much less pathologically flexible. These patients with prior RK not only have warped corneas, but they have unstable corneas. The corneas flex in and out, and that makes the patient’s vision unstable. You cannot correct it with anything. However, with Bowman’s layer onlay, it basically becomes a static target. The cornea is no longer moving up and down. It assumes a fixed shape, which allows you to provide some refractive correction. Bowman’s layer onlay surgery has become a great thing for patients with post-RK ectasia.

Read the article on Healio.

Precut, prestained tissue segments may be advantageous in keratoconus surge... 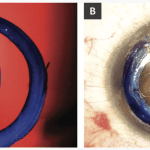